on April 04, 2020
Raksha Bandhan is a Hindu festival which celebrates the brother-sister bond of mutual love, care and protection.  It is celebrated in the Savan month and marks the arrival of monsoon, usually corresponding with the Gregorian month of August. Traditionally, sister/s ties a “raksha” on the wrist of their brother/s as a token of their love and affection. Brothers on the other hand vow to protect their sisters under any circumstances. After the rituals are over, brother gives gifts to his sister/s to return the gesture. In some communities there is a tradition of brother going to the house of the in-laws of his sister, in case she is married, and escorting her back to her parent’s house to celebrate Raksha Bandhan. The festival of Raksha Bandhan lacks the pomp and show like other Hindu festivals, but, it is a major family event and celebrated with zeal, though privately.

Raksha Bandhan is one of the main festivals in Hindu religion. Although it is celebrated across India, it holds special reference for those belonging to the northern and western parts of the country.

The priests in the country announce special time for tying rakhi on the day of Raksha Bandhan. It is time for the ladies to adorn beautiful attires and get ready for the occasion. They are mostly seen wearing ethnic ensembles with matching accessories and footwear.

Men are also seen donning traditional Indian attire. The atmosphere is filled with love and joy. The ritual begins with sisters applying tilak on their brothers’ forehead. They then tie rakhi on their brothers’ wrist and exchange sweets.

Sisters wish for the well being of their brothers as they carry out the ritual. Brothers give gifts to their sisters and promise to take care of them in every situation. It is not only a special day for brothers and sisters but is also a great occasion to bond with other family members.

The advancement in technology has also helped in bringing the loved ones together on this day. The siblings living in distant lands can connect with each other via video call. Those who are unable to visit each other on rakhi celebrate the festival by seeing each other virtually on phone or laptop these days.

As we all know, siblings carry a special place in our hearts. However, the particular bond of a brother and sister is very unique. The care they have for each other knows no bounds. The love they share is beyond compare.

No matter how much they fight with one another, they always stand behind them in support. Brothers and sisters fight with each other over trivial matters. In other words, they share a bond which is full of teasing and love.

Brothers and sisters help us grow. At every stage of our lives, the bond between them grows stronger. They stand with each other through thick and thin. The elder brothers are very protective of their sisters. Similarly, elder sisters care a lot for their younger brothers. The younger ones look up to their elder siblings.

Raksha Bandhan is all about celebrating this bond. It is a symbolism of the unique and special relationship shared by the two. This day has been rightly recognized to have a good time and focus on this beautiful bond. It serves as a symbol of their love, togetherness, and confidence in each other.

In Sanskrit, the word “Raksha Bandhan” literally means “the Tie of Protection” or “the Knot of Protection”. It is the ancient festivals of the Hindus mainly observed in the Indian sub-continent. It is celebrated to express the love between the brothers and sisters.

Sisters tie a knot on the wrist of their brothers and perform the Rakhi ceremony. Then, sisters make prayers for the health and for the long-life of their brother. Brothers, in turn, in give them some gifts and sweets and make vows to protect their sisters under any circumstances.

On this day, sisters are supposed to be in position to demand anything from their brothers. When a girl ties a rakhi on the wrist of a man, he gets the rare privilege of acting the part of her brother.

Now-a day, girls tie a Rakhi band not only to her biologically related brothers, also cousins and others men whom she treats as her brother. Rakhi festival celebration is an occasion of fun and enjoyment because the family comes together and lot of tasty dishes and sweets are prepared.

Rakhi festival has a lot of significance in Indian culture. It is being celebrated since ancient times with special emotions of love. During past times, the Queens used to send the sacred threads of rakhi to their neighbouring rulers as a symbol of brotherhood.

This festival is very much unique to the Hindu tradition and emerges from the collective nature of Asian societies that give importance to family and relationships over the individual.

The word “Raksha Bandhan” in Sanskrit roughly translates to a protective bond or tie. It involves the tying of the Rakhi by the sister to the brother who in return gifts his sister. It is primarily celebrated in the North and North-Western parts of India.

The word can be split into two parts- “Raksha” and “bandhan”. Raksha roughly translates into “to protect” pointing at the protection aspect of the sibling relationship. The term “Bandhan” refers to “to tie” indicating the practise of tying a Rakhi. The sister on the day of Raksha Bandha ties a Rakhi on the hand of her brother, symbolically to protect her brother who always protects her. In return for tying the Rakhi, the brother gifts his sister. This is a symbolic celebration of the sibling bond between the brother and sister.

When do we celebrate Raksha Bandhan?

RakshaBandhan is celebrated on the full moon day of the lunar calendar month of Shrawan. The dates according to the Georgian calendar differ but it generally falls in the month of August. In the coming 2019, it is expected to fall on the 15th of August. In various parts of India, it is celebrated in different names and with other festivals depending on the legends associated with it.

In Orissa and West Bengal, it is celebrated as Jhulan Purnima with hope of good relationships in the coming year by celebrating Lord Krishna and Radha. The fisher folk of Maharashtra celebrate it as Narali Poornima where they offer coconuts for Lord Varuna. In the northern parts of India, it’s celebrated by flying kites. While in Haryana, it’s celebrated as Salono, where priests tie amulets in the hands of devotees to protect them from evil spirits. The practises are diverse across the breadth of the nation.

There are various mythological tales that explain the origin of Raksha Bandhan. The most popular of this is based on the bond between Krishna and Draupadi. The tale states that on the day of Makar Shankranthi, Lord Krishna cuts his finger while cutting sugarcane. His Queen Rukmini orders the guards to get medicine for Lord Krishna’s wound. In the meantime, Draupadi takes a piece of cloth from her saree and wraps his wound. In return for gesture, Lord Krishna promises to protect her and does so when she is disrobed in the court by the Kouravas. Based on this mythological tale, the practise of tying a Rakhi to one’s brother to protect him and in return for his protection emerged.

What is a Rakhi?

The Rakhi is a cotton bracelet made of a thread and decorative ornamentation in the middle. It is often tied by a woman in the hands of their brother or someone they consider a brother. It is considered a protective charm and a symbol of respect. This is done in recognition of the brother’s protection. The sister wishes safety and protection for her brother who protects her after her father and after she leaves the house following marriage. It is an important part of Raksha Bandhan.

What do you do on Raksha Bandhan?

However, in the urban cities nuclear families have emerged yet the practise thrives. It is, like any other Indian festival, an occasion for gathering and celebrating. Siblings meet each other and the sisters ties Rakhi to their brothers and exchange gifts and sweets. It has crossed religious and caste boundaries and has come to pervade into voluntary relationships where the Rakhi is a symbol of brotherhood and sisterhood.

Yet another practise prevalent in Jainism is where the priests give sacred thread to devotees. They ties amulets, charms and threads on the hands of their patrons. These are considered to be protective charms and they receive gifts from them in exchange. Similarly, they also change their sacred threads on this auspicious day. Though this practise has declined since the mid-20th century, it still continues to exist amongst a few communities.

Raksha Bandhan is a celebration of the unique bond between a brother and sister. It is no longer just a celebration of blood relations but has become a means to recognise and celebrate voluntary relationships. There are various mythological tales associated with this practise and a variety of diverse practises. It stands the test of time as one of the most unique and secular aspects of the Hindu culture and the Indian society in general. 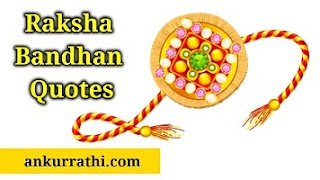 
You can even copy these quotations penned down by some eminent writers on cards and on gifts and send as Rakhi gifts. In case you are thinking of writing a letter to your siblings then rakhi quotations would serve the purpose and make enhance the meaning of the letter.

Best Rakhi For Raksha Bandhan Raksha Bandhan Quotes in English for brother 1. My brother is one of the most precious Gifts Sent to me by God!! He protects her sister from all the evil eyes and keeps hen in a safe surrounding! Happy Raksha Bandhan to the sweetest brother in the world!!

2. It may be that memories will fade with time but the love that … 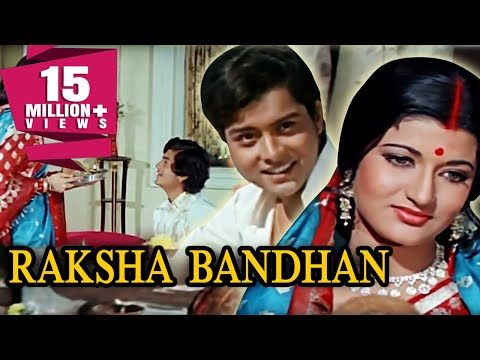 Best Rakhi for Raksha Bandhan
'Alexander' Rakhi's festival began to be shown in films with the 1941 film 'Sikander'. Prithviraj Kapoor played the role of Alexander in this film. This festival was also featured in Mehboob Khan's film 'Humayun'. Humayun featured Humayun and Veena played Karnavati in Humayun. After this, the process of showing the festival of Rakhi in films was such that it continues til…